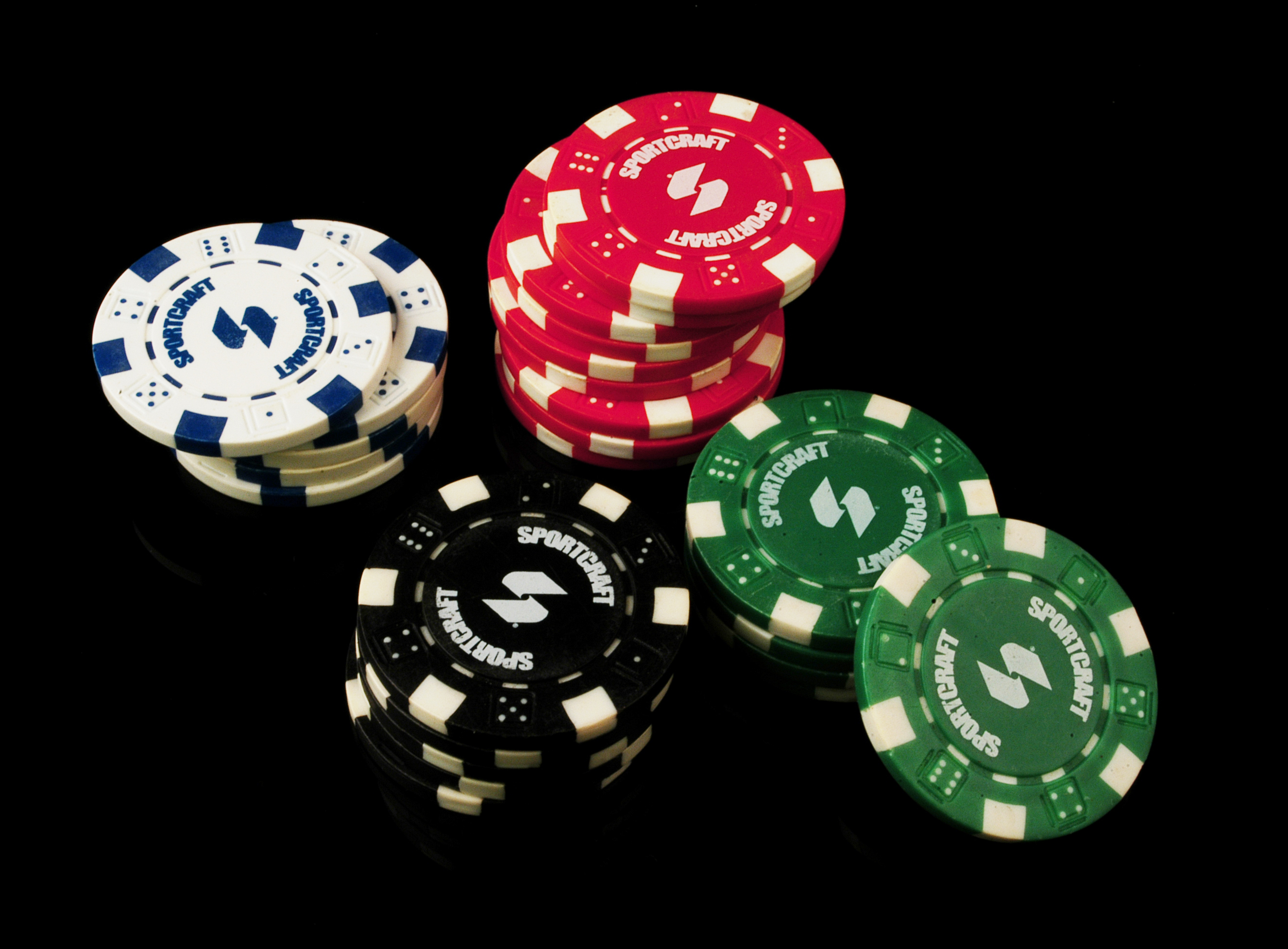 Some years ago, I was into poker: Texas Hold ’em poker. I got quite good at the game and felt a little cocky about it after a while. I spent lots of time practicing. I spent lots of time reading books like Super System. I frequently played charity-style matches with a buy-in and a prize. At one event, I learned a particularly poignant lesson about luck.

It was a long night and I was doing ok. I probably would have ended up third place based on my trajectory. I spent the night stringing people along with good hands and bluffing people out of pots with bad hands. I was ‘doin’ al’rite’ as many poker players put it. But the night wore on, the tables were closing, people were leaving empty-handed. I was at the last table for the night and there was, perhaps, two or three hands left before our table closed. I was at a table with a few people, half a table’s worth, and one particular player that had done surprisingly well for his first time (if it really was his first time).

This guy, younger than most people at the event, kept talking about how he’d only played Texas Hold ’em a few times online and never with real people. His stack of chips was about two thirds of my stack when we sat down. Then, he got lucky on a hand that I had folded on and his stack was just barely larger than mine.

I was determined to get his stack. He had no experience and winning his stack would place me squarely in second place if not first place. The cards were dealt, I looked at my hand: Ace-Ace. I kept my cool realizing I had the hand I needed to obliterate this ‘kid’ that had “never played with real people.” While I was at it, I was going to take a few of the other stacks at the table. Then, raise, fold, fold, fold, fold and to me. The only person still in the game was this ‘kid,’ who’d raised before the flop. Well, apparently, he thinks he can chase everyone out of the pot. But, my gun was loaded with bullets and I wasn’t leaving. I doubled his raise, which was about a third of my stack and he called. This kid’s gonna lose his stack to me.

The hand continued and the flop was Seven, Ace, Nine. I was sitting on the top three of a kind. There was no possible way he had a better hand than me. I was going to string him along, but since he raised so wildly at the start, he must be sitting on a… well, I thought he might have had a pair of aces, just like me, when I realized a third ace was in the flop. The best possible hand he could have is a pair of kings. There’s no way he can pull off a win is with a four of a kind or a really lucky shot at a straight. Sitting on three aces, I was confident that I had him and I could string his whole stack into the pot. The bet was to me and I bet the same amount that he originally raised, egging him on.

I couldn’t believe the words. This kids was ready to give his entire stack. Maybe he’s tired and just wants to be done. Finally, all of my practicing, all of my playing and reading was going to pay off. I was really close to landing in first place. There is no possible way that his hand was better than mine. No. Possible. Way. Statistically-speaking, the odds were overwhelmingly in my favor to win.

I sat cooling, pretending to contemplate as he slowly pushed his pile of chips into the pot. Everyone’s eyes were on me as I pretended to think about the dilemma. “Call.” I could hardly contain my excitement.

I let him place his cards on the table face up.  King and Seven. Wow, this kid was just ready to go home. All-in with a pair of sevens. Everyone at the table quietly commiserated.  I turned my cards over. Ace and Ace. “Oooh, Ahh.” everyone from the entire room gathered at the table to see. I had “the bullets.” I had the glory hand. And, to top it off, there was an ace on the table giving me a trio of Aces.

“He made that leap on his own.”

I looked at this poor kid who was smiling. “Did you think you could chase me from the pot?” I asked smugly.

“It’s mine, too, but I don’t think it’s going to work out for you tonight.” I was a condescending, smug, know-it-all poker jerk.

“Maybe.” He looked at the table. “It’d be pretty cool if two more sevens turned over.”

“No, not cool at all.” I stated plainly. “That would be luck, destroying skill. If you wanted to win, that wasn’t a smart play. There was an Ace on the board.”

“What does that mean?” the kid asked.

Someone else standing around answered for me, “It means that the hand you held was really weak. The best you could do was bluff. And with how he re-raised you in the beginning, it was an extremely risky bluff.”

Thank you. I couldn’t have said it better myself.

You know how they say, “luck favors the prepared?” Well, tonight, I was the prepared one and I finally got lucky. All my hard work, all my dedication, all my passion had finally paid off with some good luck. Sure, I got lucky with a pair of aces, but I knew how to play it and I sat on a huge pot of rewards as a result.

Except, the game wasn’t over. The dealer turned over “the turn.” It was a seven.

“Holy, shit!” The words leapt out of my mouth like a surprised cat.

“Whoooooah!” The crowd was amazed and so was I. The kid started dancing with glee. Everyone calmed down to look at him, smiling and bouncing. Someone in the crowd decided to enlighten him. “You realize, this means he has a full house, right?”

The kids stopped bouncing, “Oh, right. His hand is much better than mine.”

I subtly shook my head. This kid has no idea what he’s doing.

The room quieted as the dealer tossed the discard and prepared “the river card.” I looked around the quiet room. Every eye was on that card, in the dealer’s hand, face down. He strung out the anticipation and beads of sweat were forming on everyone’s forehead. It was one of those dramatic moments you seen in movies.

But, I knew I was going to win. There is one seven in that deck and thirty three other cards. There is no way he will win. Statistics and logic are not on his side. I calmed myself, waiting for the inevitable win.

The dealer turned over the card and it was….

How do you want this story to end? How do you think it will end? This is important for you to think about and answer these questions. Do you want me to win? Do you want the kid to win? Does luck win? Does hard work, dedication, and preparation win? I’m serious, you need to think about this because the story is about to end and you aren’t going to be fully aware of what just happened. You got it? Do you know where this story should go? If you’re ready, I’ll continue.

It was a seven. Yep. A seven. I fell back into my chair, completely stunned. There was some kind of noise, some whooping and hollerin’ of some kind. That stupid kid was jumping up and down with joy and then bending over to rake in his chips. A few other players looked at me, equally stunned as me. A majority of the spectators were celebrating with the victor.

I haven’t calculated the odds, but this kid pulled out a spectacularly improbable win. He got extremely lucky.

I stood, trembling, “Congratulations,” I extended my hand to him. He shook my hand with the undeniable look of glee on his face.

“Wow, I didn’t realize how good I got at this game.” He stupidly attributed his luck to skill.

And, that’s when I stopped playing poker. Luck doesn’t favor the prepared. If it did, it wouldn’t be luck, but merely cause-and-effect; it would be a rational consequence. Luck, by its very nature is pure chance, accidental and random. Luck doesn’t give a damn about your preparation and hard work. It will randomly award people.

One of the biggest mistakes people make is concluding that they have done something right when in fact they were just lucky.

In my opinion, this is a cognitive bias. Perhaps it’s a form of the self-serving bias.

This is two problems in one. First, you are harming yourself by not acknowledging the luck. When you can successfully separate, in your mind, things that you can control from the things you cannot control, then you will find ways of making yourself better. You’ll have fewer blind spots. You’ll be able to recover from bad luck more quickly.

Second, you can start looking at the bad luck of others as just that: bad luck. Sometimes, those that are lucky can speak with condescension to those that are unlucky. In a sense, those that have experienced good luck can often blame bad luck on people instead of circumstances. This isn’t healthy for relationships or for society. Moreover, it is detrimental and devastating to the person on the receiving end. There’s no way for them to improve their lives if they are blamed for their own bad luck.

Luck is luck; random, accidental, chance. It has nothing to do with hard work, skill, or talent. Leave luck alone, let it do its thing and be grateful for how lucky you are. Or, don’t blame yourself for your unluckiness. Work hard at overcoming your unluckiness.

One final though; the perpetually unlucky are better. They never expect or rely on luck to accomplish anything. If they have any success, it is because they have worked hard to minimize the effects of chance in the things they do. The unlucky play chess instead of poker.

1 thought on “The Skill of the Lucky”